The Pope launched a number of appeals for Vincent Lambert. "Protect human life”, from the beginning until its natural end, is the imperative reiterated by Francis in the wake of his predecessors. The prospect is a “global bioethics” to avoid the two opposite extremes of euthanasia and obstinate therapy. A “human ecology” is paramount to promote the dignity of every human person, in every stage and condition of human existence, with special attention for the most vulnerable

“We pray for those who live with severe illness. Let us always safeguard life, God’s gift, from its beginning until its natural end. Let us not give in to a throwaway culture”, the Pope wrote on his Twitter page referring to the recent case of Vincent Lambert, the French 42-year-old quadriplegic man who past July 2 was deprived of nutrition and hydration, after a ruling of the Supreme Court overturned an appeal Court ruling to continue treatment, pending a review by the UN committee on the rights of persons with disabilities that requested from France a six-month suspension to examine the case. The Pope’s tweet was released on the @Pontifex account, circulated by the “ad interim” director of the Vatican press office past May 20, when the hospital in Reims gave the green light to the cessation of life support.

The duty to protect life. In 2018, the Holy Father made two public appeals for Vincent Lambert, linking the man’s case to that of young Alfie Evans. On April 15, before the Regina Coeli he said: “I entrust to your prayer people like Vincent Lambert in France and little Alfie Evans in England, and others in different countries, who live, sometimes for a long time, in a state of serious infirmity, requiring medical assistance for their basic needs. These are delicate situations that are very painful and complex. We pray that every patient will always be respected in his or her dignity, and treated in a way appropriate to their condition, with the whole-hearted contribution of family members, doctors and other health workers, and with great respect for life.” Three days later, during the General Audience of April 18, he added: “I would like to call attention once again to Vincent Lambert and to little Alfie Evans, and I would like to emphasize and clearly confirm that the one Master of life, from the beginning to the natural end, is God! And our obligation, our duty is to do everything to protect life.” 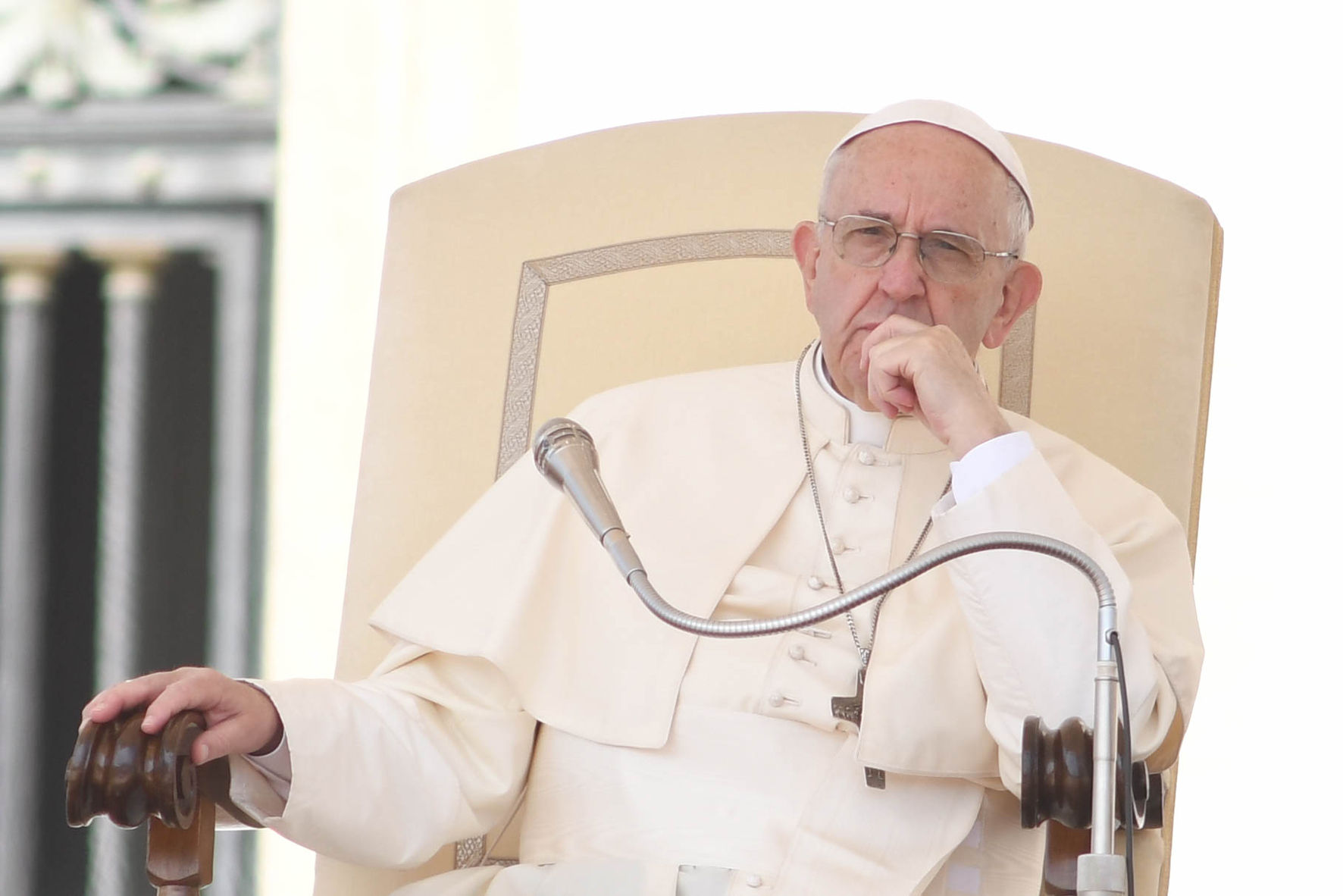 Neither euthanasia nor excessive treatment. For the Church, life must be protected from the moment of conception until its natural end, as Pope Francis never tires to repeat, in the wake of his predecessors, even though his interventions on the subject are seldom reported in the media. No to euthanasia and no to excessive treatment is the traditional stand of Church social doctrine, relaunched by the Catechism of the Catholic Church. “The proposal of forms of conduct consistent with human dignity involves the theory and practice of science and technology in terms of their overall approach to life, its meaning and its value”, Francis said in his address to participants in the General Assembly of the Pontifical Academy for Life, on 5 October 2017 , invited to find “words” and ”acts of love for each life and the whole of life.” “A fervent concern to accompany and care for life requires, in the history of individuals and societies, a constantly renewed ethos of compassion and tender love for the birth and rebirth of humanity, in all its differences”, the Pope said. Similarly, on June 25 2018, against the backdrop of Laudato Si, Francis highlighted the question of “human ecology”, that demands “a consideration of the ethical and spiritual quality of life at each of its phases.” From a Christian perspective bioethics must be based “on the profound belief in the irrevocable dignity of the human person, as loved by God – the dignity of each person, in every phase and condition of existence – as it seeks out those forms of love and care that are concerned for the vulnerability and frailty of each individual.”

“A global bioethics – the Pope remarked – calls us to engage with wisdom in a profound and objective discernment of the value of individual and community life, which must be protected and promoted even in the most difficult circumstances. We also state strongly that, without the adequate support of a responsible human closeness, purely legal regulations and technical support cannot, by themselves, ensure conditions and relationships consonant with the dignity of the person.”

In the latest PAL Assembly, the Pope guarded against “a dangerous spell”,  typical of a technocratic society: “instead of delivering the tools that improve their care to human life, there is the risk of giving life to the logic of the devices that decide its value.”