The President of the Italian Republic has made it clear. Over two months have gone by and a new government must be formed. With parliament indications: vote of confidence, no confidence, or no lack of no confidence vote. Words belonging to a distant past, which Moro had been working on before his murder, whose commemoration ceremonies are ongoing

With his serene and composed manners, simple and straightforward, the President of the Republic made it clear. Over two months have passed, and a new government needs to be formed. With parliament indications: vote of confidence, no confidence, or no lack of no confidence vote. Words belonging to a distant past, which Moro had been working on before his murder, whose commemoration ceremonies are ongoing.

Moro. So near yet so far.

The many events that celebrate his memory today, forty years later, are marked by a widespread yearning to unravel the “mysteries.” It’s a useless quest. Unfortunately, there is no sensational piece of news waiting to be unveiled: rather, there is an ordinary banality of ideological evil, that first killed his security escort and then killed him. There is the banality of the evil interests of the many people who speculated, in those tragic days, on the dynamics of 1970s terrorism, secret services, and wheeler-dealers of all sorts. 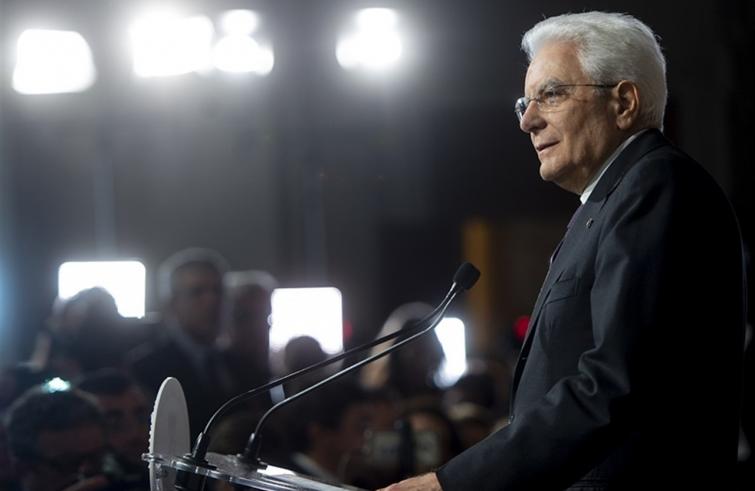 Thus, like all statesmen of the second half of the past century, Moro’s lesson, mirroring Mattarella’s lesson, is that

Political engagement is a profession and a passion. It’s not an everlasting election campaign. It implies the responsibility of serving as a representative, and thus, of governing. It’s the ability to plan visions and to create paths for action. It entails conflict, as well as encounter and compromise solutions. Most of all, it’s grafted onto a social fabric, a community, that it must respond to. All of this is crushed by self-serving fragmentation.

It’s the message Matterella intended to convey in his heartfelt, albeit realistic words.

As always happens, Italy is experiencing a precarious balance, from this perspective, between Spain and Germany. Elections were held in Spain over and over again during the past months, with obviously similar results. Germany’s political parties held a lengthy debate, examining all possible options, until a government was formed supported by a very detailed agreement.

Is there a third option? Our self-described leaders will need to answer that question. The fact is that since we were told that rotation policy would have solved all the ills of the Italian political system, that is, for the past 25 years, all leaders, young and old, big and small, became skilled in carrying out their political campaigns, in winning the election, after which they enter a state of confusion and grope in the dark when faced with government responsibilities.

So we come to the second question: if our political representatives are always engaged in election campaigns, who will govern the country? The widely deplored technocrats in Brussels, or the so-called “strong powers”?

While it’s hard to find the answers, asking the right questions could be of great help.

In the everlasting election campaign voters are treated like consumers. An aggressive form of marketing puts us on the verge of a nervous breakdown. But by doing so the evil weed eliminates the good seeds, and we ultimately all become poorer. The entire Country becomes poorer, exposed to the growing risk of becoming irrelevant, with concrete consequences on everyone’s spending capacities.