Indonesia has been hit by two earthquakes in the past two months, but the latest one that hit the island of Sulawesi has been the strongest: 1,948 dead according to the latest official data, but thousands are still missing. The government has announced that the search of victims, most of which are buried in mass graves, is expected to end on Thursday. Over 10,000 injured, 75,000 displaced people, 65,000 homes destroyed. SIR addressed the situation with Matteo Amigoni, an Italian Caritas worker who will be leaving for Sulawesi

Indonesia is a Country often hit by natural disasters like earthquakes, tsunamis, volcano eruptions. This year it was severely hit by two earthquake in just over two months, although in different islands: in Lombok on July 19 and in Sulawesi past September 27, measuring 7.4 on the Richter scale, followed by a tsunami with waves as high as six metres. Emergency situations are extremely frequent in Indonesia, to the point that the government activated a system that sends out alerts to all mobile phone users, calling upon the population to seek shelter. Sometimes it works, other times the danger is underestimated. Probably this time the warning system in Sulawesi failed because the first seism brought down the area’s communications lines, resulting in a dramatically high death toll with 1.948 dead according to the latest official data, but thousands are still missing. The government has announced that the search of victims, most of which are buried in mass graves, is expected to end on Thursday. The relatives and friends of those still missing desperately continue the search for their dear ones. Over 10,000 injured, 75,000 displaced people, 65,000 houses destroyed and over 2,700 schools.

A tragedy of huge proportions. “The tragedy was of much greater proportions compared to the previous earthquake in Lombok, with 250 dead”, remarked Matteo Amigoni, Caritas Italy worker, who has lived with his family in Indonesia and in the Philippines. He works in close contact with the efficient team of Karina/Caritas Indonesia. Although Indonesia is the Country with the highest number of Muslims in the world, Catholics are respected and charity organizations actively cooperate with humanitarian organizations and national institutions. In  Sulawesi there are only two dioceses, Makassar and Manadu, which immediately opened the churches to all those displaced from their homes. The government allowed international relief aid. Amigoni will be leaving soon to visit the areas of Palu and Donggala in the island of Sulawesi. Caritas Italy has already made a contribution of 100thousand euro and has a launched a relief collection. Pope Francis has donated US$ 100,000 through the Dicastery for the Promoting Integral Human Development. 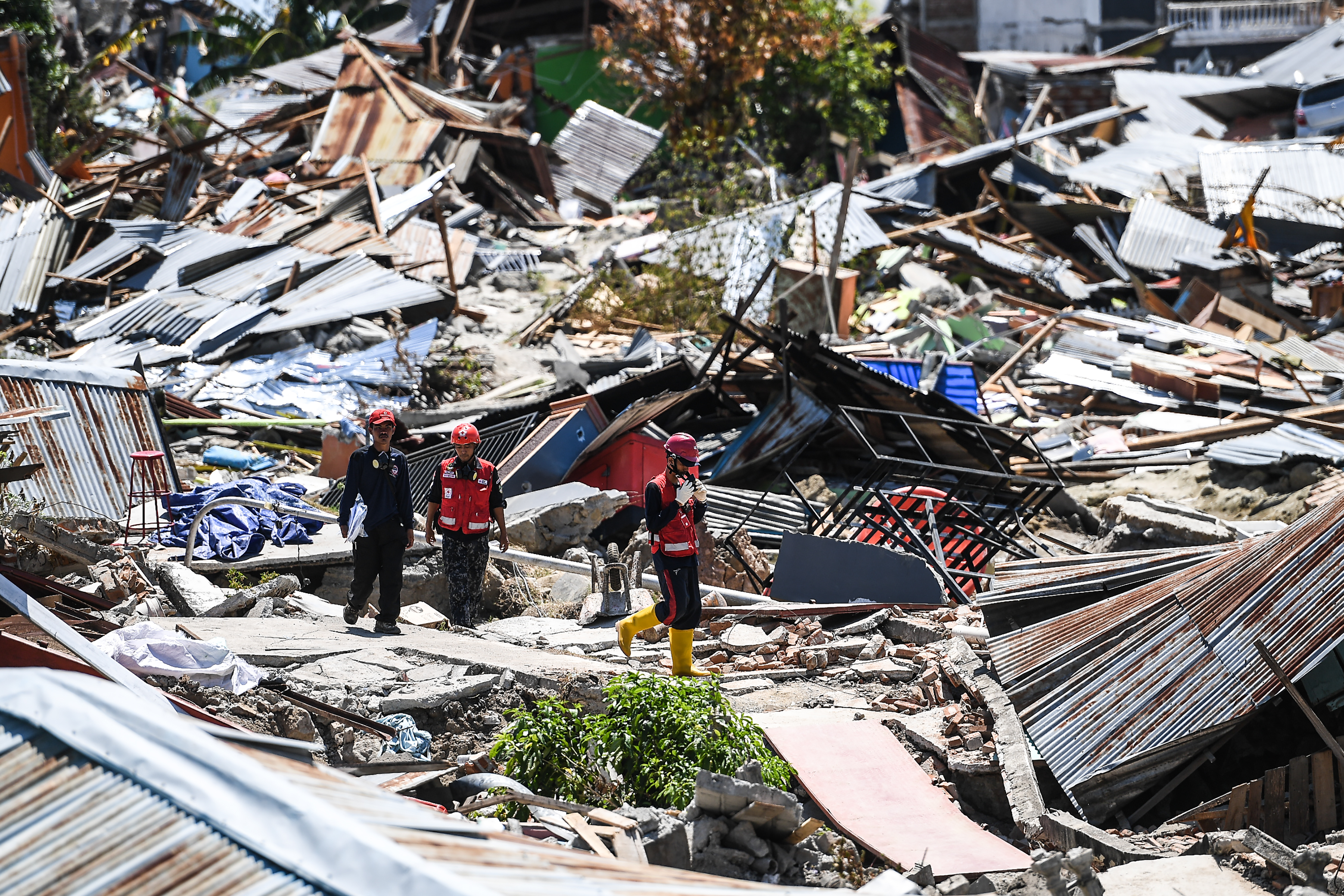 The situation in Sulawesi. In the beautiful island of Sulawesi, an exotic paradise for many tourists (300 have been evacuated, no victims reported), entire stretches of land have been completely devastated by the seism and by the waters. The water supply has been contaminated, electricity was restored only a few days ago, fuel returned to be available in the past hours.

“Humanitarian convoys leave every three days from Makassar, in the southern region of Sulawesi, escorted by law enforcement officers”,

Amigoni said. They are directed to the north, a 15-hour journey by land, given the huge distances in Indonesia, covered by bus or by train whenever air travel is not possible. The small airport of Palu was reopened a few hours ago but until now humanitarian relief from inside the island and from abroad was sent through Makassar. 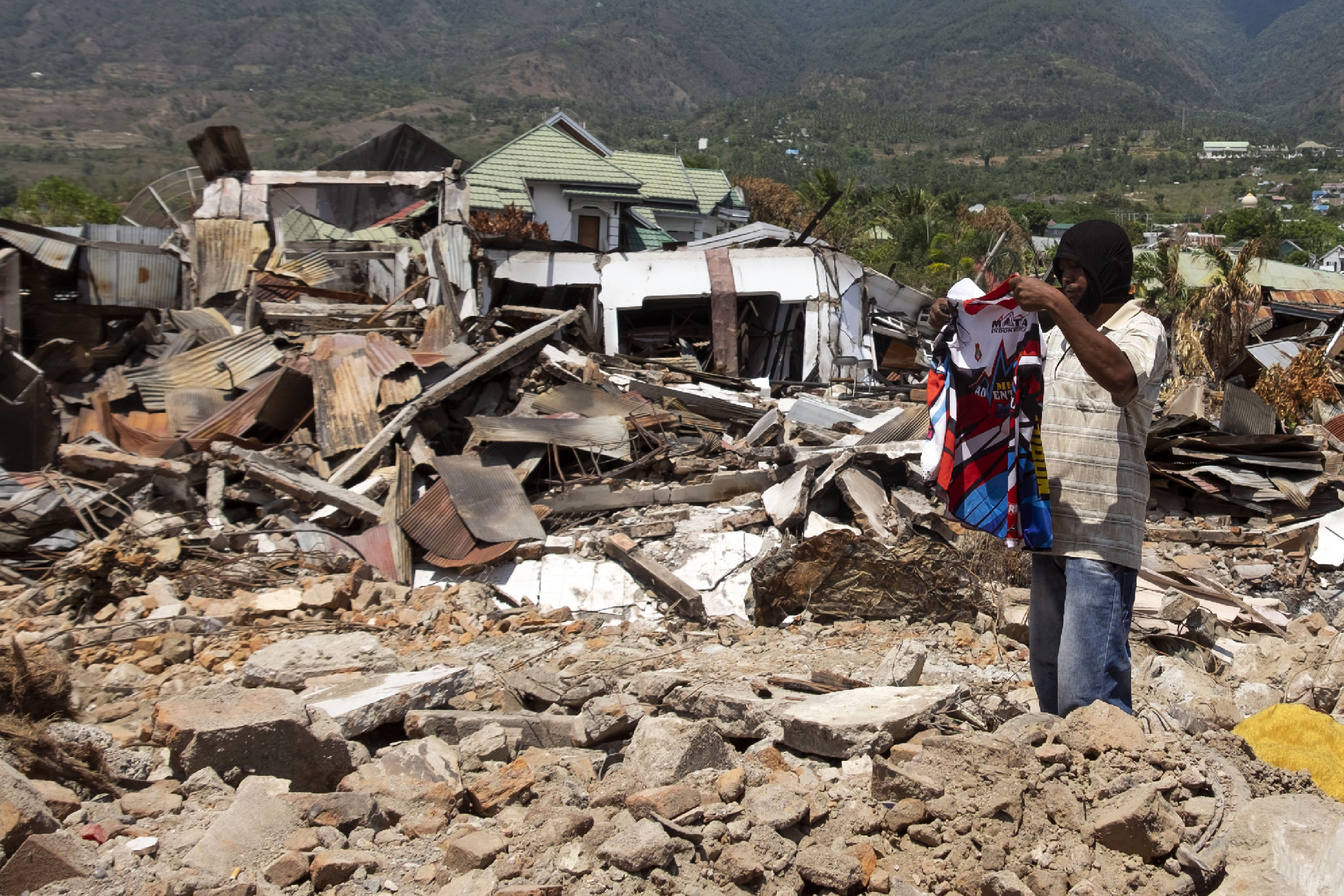 Relief for first emergency intervention. St. Mary’s parish church in Palu is the point of reference and the distribution centre of Catholic humanitarian relief. For the first two/three months of emergency Karina/Caritas Indonesia will continue distributing food, water, kits for building temporary housing (shovels, wheelbarrows, nails, plastic sheeting), hygiene kits, mattresses and blankets, tents, medicines. Then, once all the rubble has been removed, programs will be developed for the reconstruction of houses and the recovery of production activities. “A high number of volunteers from across the island of Sulawesi have left to help out in the distribution of humanitarian aids – said Father Banu Kurnianto, director of Caritas Indonesia -. We want to coordinate our efforts to ensure greater support given the dramatic situation. Shops are being taken by storm because people have nothing left. Every form of aid is useful. We are being supported also by Caritas from world Countries.”

“The entire Indonesian Church has given great tokens of support and solidarity, despite the repeated emergency situations”,

Amigoni pointed out.  As soon as the assessment of the needs of Karina/Caritas Indonesia is completed, he will launch an appeal through Caritas Internationalis to collected the funds. Contributions can also be made online through the website of Caritas Italy, specifying “Indonesia” as the reason for payment.