The population itself “did not cause the war. They would never have started it. The people have always lived in harmony and peace, in their multifaceted realities. The problem is that the conflict is an external issue, based on international interests. Sadly, the Country is on its knees and is suffering heavy consequences." Aeham Ahmad, known as the “Yarmouk pianist”, through his music ceaselessly cries out the pain that afflicts him and his homeland. He sought refuge in Germany almost 4 years ago. In the past days he performed a piano concert at St Domenic Theatre in Crema

“My family is here with me, that’s why I am happy today. But from one moment to the next I am overcome by sadness, it happens every time I think of my Country.” Aeham Ahmad can’t hold back his sorrow, that can be seen in his eyes before being expressed in words as he speaks about Syria. The “pianist from Yarmouk”, as he is  renowned worldwide, ceaselessly cries out through his music the pain that afflicts him and his homeland. Almost four years have passed since he sought refuge in Germany. He is now 31 and lives in Wiesbaden with his wife, his two children and his parents, who joined him after a taxing wait. He lost track of his brother, jailed in a prison without a name and without a reason. “My life is a revolution, I can’t complain, although as the days go by things don’t get any simpler. In fact, even though the sounds of the falling bombs are far away, they reverberate inside my heart” , he said at the end of the concert at the Saint Dominic Theatre in the Italian city of Crema, one of the events marking the celebrations for the centenary of Folcioni Musical Institute.

Do you receive news from Syria?
Yes, catastrophic news. The accounts of family and friends leave no room for hope. People don’t know that people don’t die only in the waters of the Mediterranean Sea. Encampments on the banks of the River Afrin are often swept away by the flood that kills all those living in these makeshift homes.

Yarmouk, the refugee camp on the doors of Damascus where I come from, was completely destroyed: objects and people.

Everything is still and the future is tragic. I think that the war will not end soon.

Why?
The reasons don’t depend on the population, that would never have started this war. The people have always lived in harmony and peace, in their multifaceted realities. The problem is that

The conflict is an external issue, based on international interests.

Sadly, the Country is on its knees and is suffering heavy consequences. I’ll give you a concrete example: there is a shortage of gas and people stand on line for five hours to collect less than 3 litres of gas. The only solution to obtain peace? To stop manufacturing bombs. As simple as that. If not, we will shortly hear news of another Syria. 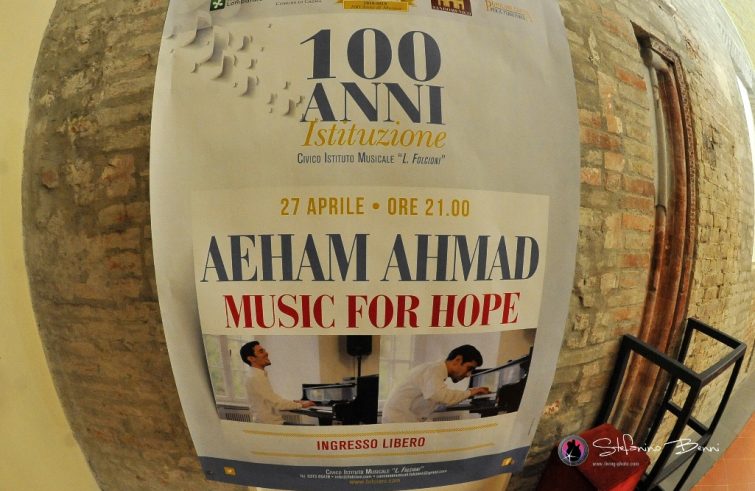 How do you imagine your future?
On the one side I want it to continue this way: I realize that I am very lucky to sleep under the same roof with my family. But I also hope to see a drastic transformation: I am a Palestinian that sought refuge in Syria and then in Germany. I dream to have the identity that every person deserves and that I was denied at birth. I claim respect as a person along with the right to have a passport, for me and for those who carry my surname; regardless of the State that will grant it, we will be grateful to that Country forever.

What does music mean to you?
Everything. It’s an inexhaustible source of emotion, comparable to the joy of being free. It gives me the strength to never give up, it opens up to imagination and nurtures the spirit. But it is also a cause of extreme suffering.

Whenever I propose the live performance of my first CD, Music for Hope, the amount of energy I put into it is such that I am completely exhausted when I walk down from the stage, physically and psychologically. The songs I composed surrounded by rubble bring me back to that tragedy and lacerate my soul.

Indeed, the piano helps me support my large family. But this responsibility makes me work ceaselessly. I have no alternative: if I don’t guarantee economic security, our small world will collapse. I am experiencing a moment loaded with questions.

What kind of questions?
On the meaning of what I am doing. The pace of my activity is consuming, it strips precious time to my dear ones and everyone at home suffers the burden of my absence. I can hardly manage to spend a couple of hours with my children. Maybe it’s time to turn a new page and reconnect with myself and my beloved notes, regain control of my life and be reborn. 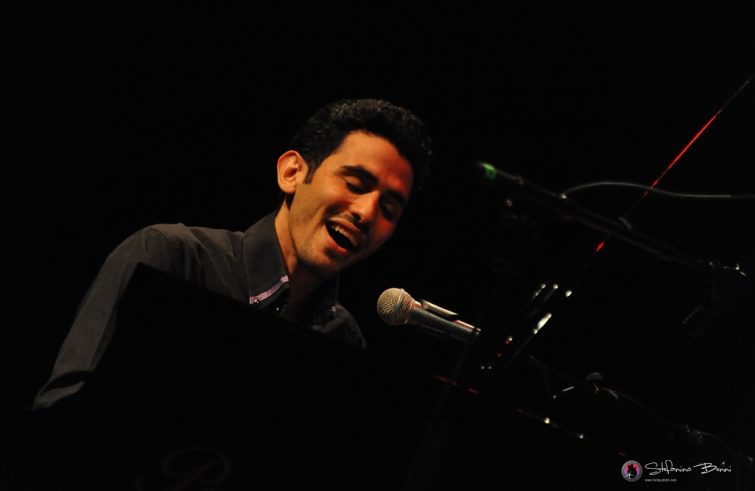 How?
By carrying out different kinds of projects. With no pressure, I completed three albums: Keys to Friendship with the Edgar Knecht Trio is based on jazz harmonies combined with folk tunes. I produced and recorded in Spain Aeham Ahmad & Friends, in which I play with artists from world countries, from Japan to Venezuela. Cellist Cornelius Hummel accompanied me on the modern music record Connecting Culture while in the coming months I am planning to record Music for Peace, featuring pieces written in Syria as well as new songs.

You have also published the autobiography “The Pianist from Yarmouk”…
I have a draft for another book tucked away in a drawer. But I prefer to keep it where it is. I’m afraid that my frantic rush may be concealing the fear of losing control and throwing all efforts out of the window.

Sometimes I even wonder if I should take a long break.

The fact that I have not yet taken this decision is the fault or the merit of the people I meet at concerts or public readings.

What do you mean?
There are always many people who come up to congratulate me. It is precisely in communities, in small centres and in large cities that I receive the greatest and most sincere forms of support. And thus I find the courage to move forward.